Basel simlie 56
To resist the influence of others, knowledge of one's self is most important.


Need i say anything more
To resist the influence of others, knowledge of one's self is most important.

Nigeria and India have just forced down US planes carrying in excess of 100,000 pounds followed by a sophisticated network of nanopipes leading to the wings of the plane. 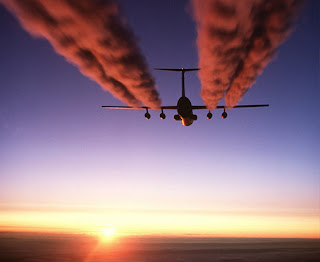 Russian Military Analysts are reporting in the Kremlin today that US Military Forces are â€œpanickedâ€� over the forced landings ordered by Indian and Nigerian Air Forces of two Ukrainian AN-124 aircraft operated by the United States Air Force and based at their gigantic, but secretive, Diego Garcia air base located in the Indian Ocean.

According to these reports, Chinaâ€™s Peopleâ€™s Liberation Army Air Force (PLAAF) notified both India and Nigerian intelligence officials about the presence of these US operated Ukrainian aircraft over their growing concerns of the United States spreading of â€œbiological agentsâ€� throughout our Earthâ€™s atmosphere, and which some Chinese officials are warning is an American-European attempt to conduct mass genocide via the spread of the H1N1 swine flu virus which has put the entire Global population at risk.

The first of these aircraft to be ordered down, these reports continue, was over India when a US operated AN-124 changed its call sign from civilian to military as it was preparing to enter Pakistani air space, and which triggered an immediate response from the IAF who forced it to land in Mumbai, and the second one was forced down by Nigerian fighter jets who promptly arrested both the crew and the plane itself.

Most strange about the reports filed by Indian and Nigerian intelligence agencies about these aircraft, other than the armaments they were carrying, were their waste disposal systems that these reports say could hold in excess of 45,000 kg (100,000 pounds) and from which a â€œtechnologically sophisticatedâ€� network of nano-pipes led to the trailing edges of the wings and horizontal stabilizers for â€œdispersingâ€� the contents of the waste tanks in an â€œaerial-type mistâ€�.

â€œFuriousâ€� demands made by the United States to both India and Nigeria for the release of their planes led to Indian Defense officials allowing the AN-124 they had captured to be released. Nigeria, however, had to be â€œforcefully persuadedâ€� to release its captured US plane when after its initial refusal to do so than had one of their major oil pipelines blown up by one of the many American backed terrorist groups operating in their country.

To the many, and conflicting, issues surrounding these chemtrails it is not in our expertise to examine in depth, other than to note that the American based Sunshine Project organization in a 2002 accused the US military of â€œconducting a chemical weapons research and development program in violation of international arms control lawâ€�, and stated:

â€œJNLWDâ€™s [US Department of Defense's Joint Non-Lethal Weapons Directorate] secret program is not focusing on highly lethal agents such as VX or sarin. Rather, the emphasis is on â€œnon-lethalâ€� chemical weapons that incapacitate. JNLWDâ€™s science advisors define â€œnon-lethalâ€� as resulting in death or permanent injury in 1 in 100 victims.(1) JNLWDâ€™s Research Director told a US military magazine â€œWe need something besides tear gas, like calmatives, anesthetic agents, that would put people to sleep or in a good mood.â€� (2) These weapons are intended for use against â€œpotentially hostile civiliansâ€�, in anti-terrorism operations, counterinsurgency, and other military operations.

The major focus of JNLWDâ€™s operation is on the use of drugs as weapons, particularly so-called â€œcalmativesâ€�, a military term for mind-altering or sleep inducing chemical weapons.â€�

Curious to note about this secret US Military programe to release upon its citizens â€œcalmative agentsâ€� is that it appears to be working as no other Nation in the World is more docile and complacent about its destruction than these Americans, who, in just one example, allowed their presidential vote for Vice President Al Gore to be stolen from them by George Bush in their 2000 election, and, even worse, fail to even notice that their current president, Barack Obama, is continuing Bushâ€™s outlawed policies, including one of the most dangerous for these people allowing the US government to hold any of them without trial forever should they be branded â€œterroristsâ€�.

But, to the worst fears of our World about these new events, and as we have previously reported on, and should Chinaâ€™s Intelligence Agencies be correct in their reports about the United Statesâ€™ plan for mass Global genocide, we can read as reported on by noted Austrian investigative journalist Jane Burgermeister, who this past week filed criminal charges with the FBI against the World Health Organization (WHO), the United Nations (UN) of which is said:

â€œIn her charges, Burgermeister presents evidence of acts of bioterrorism that is in violation of U.S. law by a group operating within the U.S. under the direction of international bankers who control the Federal Reserve, as well as WHO, UN and NATO. This bioterrorism is for the purpose of carrying out a mass genocide against the U.S. population by use of a genetically engineered flu pandemic virus with the intent of causing death. This group has annexed high government offices in the U.S.

Specifically, evidence is presented that the defendants, Barack Obama, President of the U.S, David Nabarro, UN System Coordinator for Influenza, Margaret Chan, Director-General of WHO, Kathleen Sibelius, Secretary of Department of Health and Human Services, Janet Napolitano, Secretary of Department of Homeland Security, David de Rotschild, banker, David Rockefeller, banker, George Soros, banker, Werner Faymann, Chancellor of Austria, and Alois Stoger, Austrian Health Minister, among others, are part of this international corporate criminal syndicate which has developed, produced, stockpiled and employed biological weapons to eliminate the population of the U.S. and other countries for financial and political gain.

The charges contend that these defendants conspired with each other and others to devise, fund and participate in the final phase of the implementation of a covert international bioweapons program involving the pharmaceutical companies Baxter and Novartis. They did this by bioengineering and then releasing lethal biological agents, specifically the â€œbird fluâ€� virus and the â€œswine flu virusâ€� in order to have a pretext to implement a forced mass vaccination program which would be the means of administering a toxic biological agent to cause death and injury to the people of the U.S. This action is in direct violation of the Biological Weapons Anti-terrorism Act.

Burgermeisterâ€™s charges include evidence that Baxter AG, Austrian subsidiary of Baxter International, deliberately sent out 72 kilos of live bird flu virus, supplied by the WHO in the winter of 2009 to 16 laboratories in four counties. She claims this evidence offers clear proof that the pharmaceutical companies and international government agencies themselves are actively engaged in producing, developing, manufacturing and distributing biological agents classified as the most deadly bioweapons on earth in order to trigger a pandemic and cause mass death.â€�

To the American people themselves, perhaps, the worst is about to befall them as new reports from the US are stating that their Centers For Disease Control (CDC) has ordered an unprecedented 600 million doses of swine flu vaccine to be forced upon these people who under their present Swine Flu Public Health Emergency have no choice but to take these vaccines or face 10 years in prison.

What makes these 600 million swine flu vaccines ordered by the US government for their people most curious is that, as it stands right now, it is IMPOSSIBLE for any vaccine to be produced for the H1N1 swine flue virus as it is continuing to evolve as new reports from Brazil and Germany clearly show and, most ominously, even from the United States itself where an Oregon child â€œidentified only as â€œyounger than 5 years old,â€� died June 15, and infection with the swine flu virus was confirmed by the Oregon State Public Health Laboratory Tuesday. The child had â€œno known underlying medical conditions and a two-day history of fever,â€� and was not hospitalizedâ€�.

It goes without saying, of course, that these American people have no idea about the over year-long process involved in making any type of influenza vaccine once the virus stops mutating, but then again, no one ever accused these peoples of being anything other than the sheep-like simpletons theyâ€™ve become as they continue to watch the destruction of their once great Nation at the very hands of those they believe are helping them.

And to those, like us, who continue to shout true warnings at them? As absurd as it may sound, it remains the sad fact that those telling them truth are called liars, and those lying to them are believed. Never once do any of them question what their leaders and propaganda media tell them to think or believe.
To resist the influence of others, knowledge of one's self is most important.

Spain taken last week
To resist the influence of others, knowledge of one's self is most important.

Good post. I was pointing these trails in the sky to my mates when we had the good weather last month. Sad to say that they had never notiched them before.
Well you may throw your rock and hide your hand
Workin' in the dark against your fellow man
But as sure as God made black and white
What's down in the dark will be brought to the light
Top

[youtube]http://www.youtube.com/watch?v=-P7ysjTrc2g[/youtube]
To resist the influence of others, knowledge of one's self is most important.

For all your Computer needs www.btlogic.co.uk
Top
Post Reply
11 posts • Page 1 of 1

Return to “Not the nine o'clock news”